The Seine River in Paris is a sight to be seen especially when looking across it at the Eiffel Tower and other Paris landmarks. But there is an even better way to view Paris’s famous architecture and attractions.

The Seine River flows through the heart of Paris and past many of these locations. Why not take a cruise down the Seine River and enjoy champagne, a delicious meal, or both as you glide gently past some of the most well-known sites in Paris?

Tour of the Versailles Palace

It’s hard to imagine the Palace of Versailles having such humble roots as first being a hunting lodge. It was not long after this that the palace became the seat of power for this region of France.

Starting in the 18th century, the Palace of Versailles was turned into a museum. It is the museum that many visitors to Paris enjoy every year.

However, many Versailles tours provide you with skip-the-line tickets so you’re able to spend your time in the palace and not waiting in line.

Paris is well-known for their cabaret shows. Not only do they have some of the best cabaret shows in the world, but Paris is also home to the popular Moulin Rouge show.

When looking for shows to see in Paris, just remember that some cabaret shows may not be suitable for younger travelers. But if you’re looking for a unique and creative cabaret show, Paris is the place to find it.

Starting in 1783, Paris began moving those who had been buried in the city’s cemeteries to the tunnels underground. It is estimated that there are between 6 and 7 million remains in the 200+ miles of tunnels beneath Paris.

You can’t visit Paris and not climb up the Eiffel Tower to admire the finest panoramic views in the city. Unfortunately, that’s not as simple as it sounds. The tower is so popular that the queues to enter can take hours. During the summer, it might be so busy you are turned away because all the tickets have been sold. Your best bet is a “skip the line” tour.

As the largest museum in the world, it goes without saying that the Louvre is one of the largest tourist attractions in Paris – if not, the world.

Here, you can find some of the world’s most famous masterpieces on display, including da Vinci’s Mona Lisa, Winged Victory of Samothrace, Venus de Milo, Liberty Leading the People, and much more. There’s so much art inside the Louvre, that it would literally take days to see every single piece.

Everyone always raves over the French way of baking and cooking, and honestly, we do too. From deliciously warm baguettes to flaky croissants that just seem to melt in your mouth, it’s no wonder why!

But have you ever thought that you may be able to take that experience and bring it home? By taking a cooking class in Paris, you may just be able to!

Paris is one of the most popular spots four tourism in the world, and it’s really no wonder why. The European capital has one of the most impressive, interesting backgrounds in history, art, architecture, and so much more.

However, because of this there’s also a ton of attractions to check out which can make it difficult if you’re doing all the sightseeing and planning on your own.

Paris is already a pretty incredible place and a definite tourist hot-spot. However, if you really want to elevate your experience to a whole other level of “magical”, you have to check out Disneyland Paris.

Anyone who’s been to a Disney park before knows how much money and time spent walking parking can involve, and if you really want to pack in as much fun as possible that isn’t really ideal.

Ok, Normandy is not in Paris however you really need to go. D-Day was the culmination of operations by the Allied Forces to help free northwest France from German invasion. To this day, the D-Day landings in Normandy are the largest amphibian operation in history.

Be a part of that history by viewing and visiting some of the most historically important sites while learning more of the stories and legends that make D-Day come alive even today. 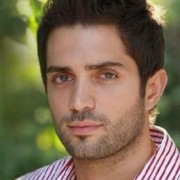